American motor maker Fairbanks Morse has acquired one of the oldest names in the electric motor industry, Ward Leonard, for an undisclosed sum. This acquisition will expand the power and propulsion equipment and services that Fairbanks Morse offers to its customers, which include the United States Navy, United States Coast Guard and Canadian Coast Guard.

Leonard district can trace its history back to 1891, when its founder, an American electrical engineer named Harry Ward Leonard, invented and patented motor speed control technology that still bears his name. The Ward Leonard system provided smooth speed control, instantaneous reversing, and energy saving when starting, reversing, and stopping motors. It was estimated that the cost of producing steel could be reduced by 15% by replacing the steam engines with Ward Leonard engine systems.

After graduating from MIT in 1883, Harry Ward Leonard worked for Thomas Edison (with Nicola Tesla), before starting his own electrical contracting business in 1891. He made motor controls, heaters and rheostats, and has been awarded more than 100 patents for technologies as varied as elevator controls, train lighting, circuit breakers and automobiles. He died in 1915.

The Ward Leonard company continued to operate in areas such as lighting controls, electric heaters and voltage regulators, as well as motor and industrial controls. In recent years, the company has focused on motors, generators and controls for naval, commercial marine, power and industrial applications. Its portfolio includes medium and high voltage induction and synchronous motors in powers up to 100,000 hp (74.6 MW). In 2005, Ward Leonard acquired British engine manufacturer Mawdsley’s, which specialized in engines up to 1,500 hp (1.1 MW) for military and heavy-duty applications.

Ward Leonard currently employs approximately 150 people at its Connecticut headquarters. It also has locations in Texas and Louisiana which Fairbank Morse does not acquire. Fairbanks Morse plans to retain the Ward Leonard name.

“The acquisition of Ward Leonard expands the Fairbanks Morse product portfolio into complementary technologies, positioning us to serve as a power systems integrator for the U.S. Navy and U.S. Coast Guard,” said Fairbanks Morse CEO. , George Whittier. “Like Fairbanks Morse, Ward Leonard has an installed base in virtually every class of vessel, and we plan to increase its aftermarket parts and service offerings using Fairbanks Morse’s extensive warehouse and field service capabilities. .” 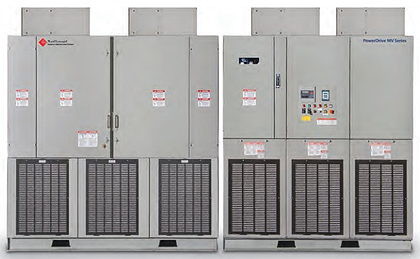 Ward Leonard owner and CEO Jon Carter said the acquisition “will provide additional support to our customers by increasing their access to OEM products and support through a waterfront field service presence. of Fairbanks Morse”.

Fairbanks Morse, owned by Arcline Investment Management, manufactures and services medium-speed, heavy-duty reciprocating engines under the Fairbanks Morse and Alco brand names, primarily for marine and power generation applications. It has been manufacturing engines for over 125 years and is the primary supplier of diesel engines to the United States Navy and Coast Guard and the Canadian Coast Guard.